Debra Frasier is the author and illustrator of many award-winning picture books including On the Day You Were Born and Miss Alaineus, A Vocabulary Disaster. In addition to her well- known talks on creative process, Debra’s innovative “Book Events” build a community’s creativity through projects that start with a story. Learn how a parade of words can make you laugh, how the alphabet can transform a school carnival into a Word Event, or how a talking dog can make your heart swell and teach first-person writing at the same time!

This recording is also a part of a collection of other materials to do a complete author study. Please open the Classroom Author Study section below. 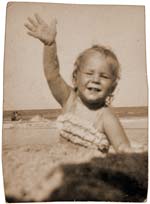 I was born on April 3, 1953, in Vero Beach, Florida, the very town where my great-grandfather had surveyed the original streets in the early 1920s. My grandmother was a schoolteacher in nearby Wabasso. She rowed a boat to the barrier island every Monday morning to teach in the one-room schoolhouse. She’d stay all week and then, each Friday, (weather permitting), she would row back to the mainland. My mother was also born in Vero Beach, so my family has been walking the same stretch of shore for generations.

My parents divorced when I was six years old. My mother remarried when I was ten and my stepfather brought two children to the marriage. You might know that a divorce can be hard on your heart, but we managed our newly blended family by all playing outside together a lot. My brother, two stepsisters and I grew up in a remote house that overlooked the Atlantic Ocean, not far from my grandmother’s old schoolhouse. The four of us spent our weekends and summers swimming in the ocean and collecting treasures on the beach. Even when I was quite young, I loved to create all kinds of artworks, often piecing together sculptures from bits of wood we’d found on our beach walks. My mother says I used miles and miles of Scotch tape to “make things,” as I called it.

When I learned to read I was in heaven. When we went to town I would beg to be dropped off at the library while my mother ran errands. As I grew older I learned to keep a flashlight under my mattress so that I could read at night after “lights out.” Then I learned that a rolled up towel under the bathroom door’s lower edge could keep me reading in secret while everyone slept. I really, really, really, had to find out the answer to every reader’s Big Question: What happens next?

In 1976 I graduated with a degree in design from Florida State University. I went on to attend the Penland School of Crafts, in North Carolina, where I studied textiles and made large “costume puppets.” The largest costume puppet I constructed was sixty feet long, and eight people had to climb inside to make it move. Later I was asked by various cities to build “wind sculptures.” These were made of steel poles and cables with sailcloth shapes attached. Each large sculpture was designed to respond to wind.

In 1981 I fell in LOVE and in 1984 I married Jim Henkel. He taught photography at the University of Minnesota so I moved to Minneapolis. Suddenly I found myself in the middle of the northern prairie, where it was colder than anything I had ever experienced. Can you imagine what my first winter was like? I grew up in FLORIDA! I had to learn about boots, snow shovels, hats, gloves, scarves, snow tires, and slippery icy roads! Now, many winters later, I also know what fat snowflakes look like falling across the glow of a streetlight, the comfort of a fire on a freezing cold night, and the exuberant feeling that comes with a tulip-bursting spring. Often, I would visit Florida and walk the beach, finding things. On these visits I learned to paddle the hidden paths of the Indian River Lagoon and other Florida rivers in my kayak and canoe.

I have always liked to write letters and people often would say to me, “Why don’t you write books?” But my first story came unexpectedly as the result of a difficult pregnancy with our only child. Early in the pregnancy things went awry when I could not keep any food or water in my stomach. I was in the hospital for many, many weeks and fed only a liquid IV. When things were at their darkest, I asked a nurse to bring me some paper so I could write down all the things on our earth that would welcome this child, if he or she would just get here. Later, after our daughter, Calla’s, miraculous safe arrival, I took this messy jumble of words and scribbled drawings I made in the hospital and began to turn it into the story and pictures that became the book, On the Day You Were Born.

Now I write and illustrate books as my job! The pictures I make for each book are always different in style, yet always collages, (when bits and pieces are put together to make a new whole), so I am still putting things together, just as I did as a young girl. I usually write the text first, and then create the pictures. But each book grows differently. For example, for Out of the Ocean, my story about growing up beside the sea, I wrote and made pictures at the same time, so each helped the other along. Yet for my book, The Incredible Water Show, I collected everything I could on the subject of water in a journal that was more like a scrapbook: surfing pictures, science articles, posters, random facts. I did this for SEVEN YEARS! Slowly an idea for a story grew that was both a book AND a play script!

I carry a small journal with me everywhere I go, and it acts as my “butterfly net,” helping me to capture ideas that fly by. There are so many ideas to be found in the world but the trick is to figure out how to capture them when they flit so quickly through your mind. The idea for Miss Alaineus, A Vocabulary Disaster came along after my daughter said one night, “Mom, today I figured out that “miscellaneous” is not a person.” I chuckled for days, made a note in my journal, and slowly built the story around her delightful mistake. Visit the Vocabulary Parade slide shows on my website and see what happened — These word parades are now marching all over the world.

Sometimes I simply get very interested in a subject and don’t know that it will be a book — like when, year after year, I collected pictures of the alphabet letters found on signs at the Minnesota State Fair. One day I was looking at my giant collection and said, “Wow. These letters are beautiful. Could I turn them into a book?” That’s now the book, A Fabulous Fair Alphabet.

Another time I met a very odd-looking dog on a beach in Mexico. You could tell this dog had a heart of gold, even though he was…well…odd looking. That chance meeting and the photograph I took turned into SPIKE, Ugliest Dog in the Universe, where a bedraggled, /books/spike-ugliest-dog-in-the-universe/abandoned dog wants to find a home and love. He thinks changing himself is the only way and takes lessons from — a cat! The book is also collaged, but this time I used scraps of worn blue jeans to match Spike’s “worn but beloved” character. How would you start collecting ideas for a story? My advice: Look around you. What is attracting your attention? Collect those little things by writing, cutting, or photographing them. Listen. One will call out, I promise, and you can grow it into a story.

In 2015 my husband had a heart attack and we rushed to the hospital. He had an emergency operation and amazingly, everything turned out well! But while he was recovering in the hospital, we decided that after nearly 40 years in the far North, it was time to move south where there would be much less snow for his fragile heart to shovel. We moved to Asheville, North Carolina, near the Penland School of Crafts where we met so long ago. We designed and built a house with an art studio for each of us. We’ve had a few health set backs but now we are both thriving. He has taken up yoga while I am learning the slow moving meditation of Tai Chi — and working on another book.

Some of you may wonder: What happened to Calla, the tiny baby who inspired On the Day You Were Born and later, Miss Alaineus? At three years old she started using miles and miles of Scotch tape to “make things!” She grew up to be an artist, went to college in New York City, and now she makes photographs, writes stories, and makes plays in Berlin, Germany!

Another question I often receive is: “Do you have a pet?” Over the years we lived in Minnesota we had two cats, Twilight and Momo, and both of them grew old and died. We buried them under the tree with the golden leaves that is filled with birds each summer. Now, in North Carolina, I fill up the red water bowl under the mailbox on the street and I and hide treats in my pockets for the dogs that walk by our house, each leading their owners! 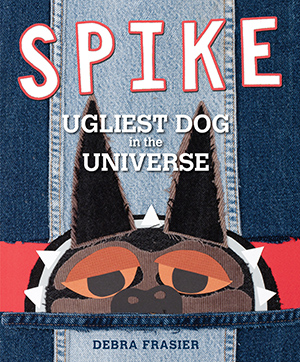 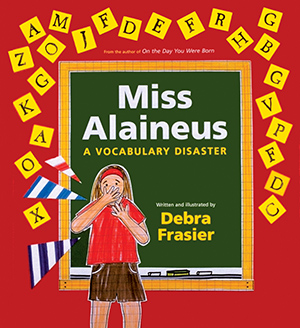 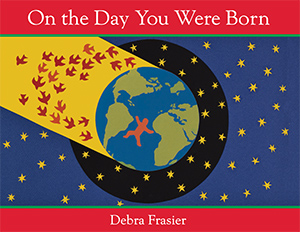 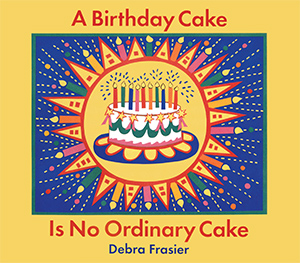 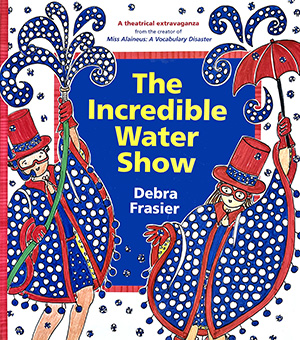 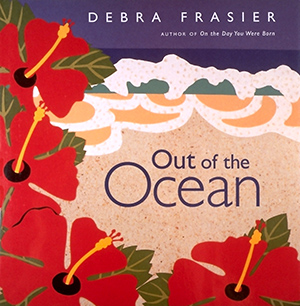 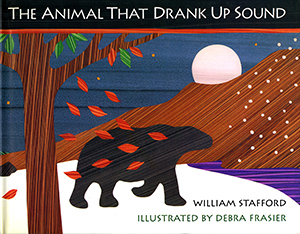 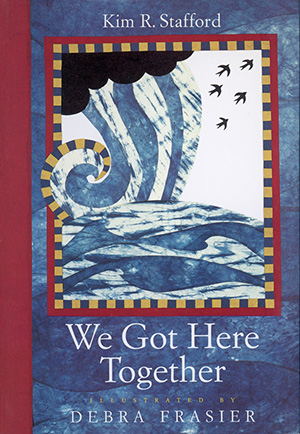 An Author Study can easily be added to your Vocabulary Parade project? Below are six two minute-plus videos about the making of Miss Alaineus that could be added throughout the week following the reading. I’ve also included a 4.5 minute sample video of a second grade Vocabulary Parade that is quite lively!

Author Biography: The “Debra Frasier Biography” has been made into an audio file so you can easily send to your students and they can use it as a Listening Lesson. (10 minutes). A printable transcript is available here.

Print the Comic Biography if you want to strengthen listening skills.

Two additional videos (about 17 minutes) present the steps to making your own Comic Biography — all you need is paper, pencil, and markers!

Let’s make a Coloring Comic about YOUR life completes the set. Directions in video.